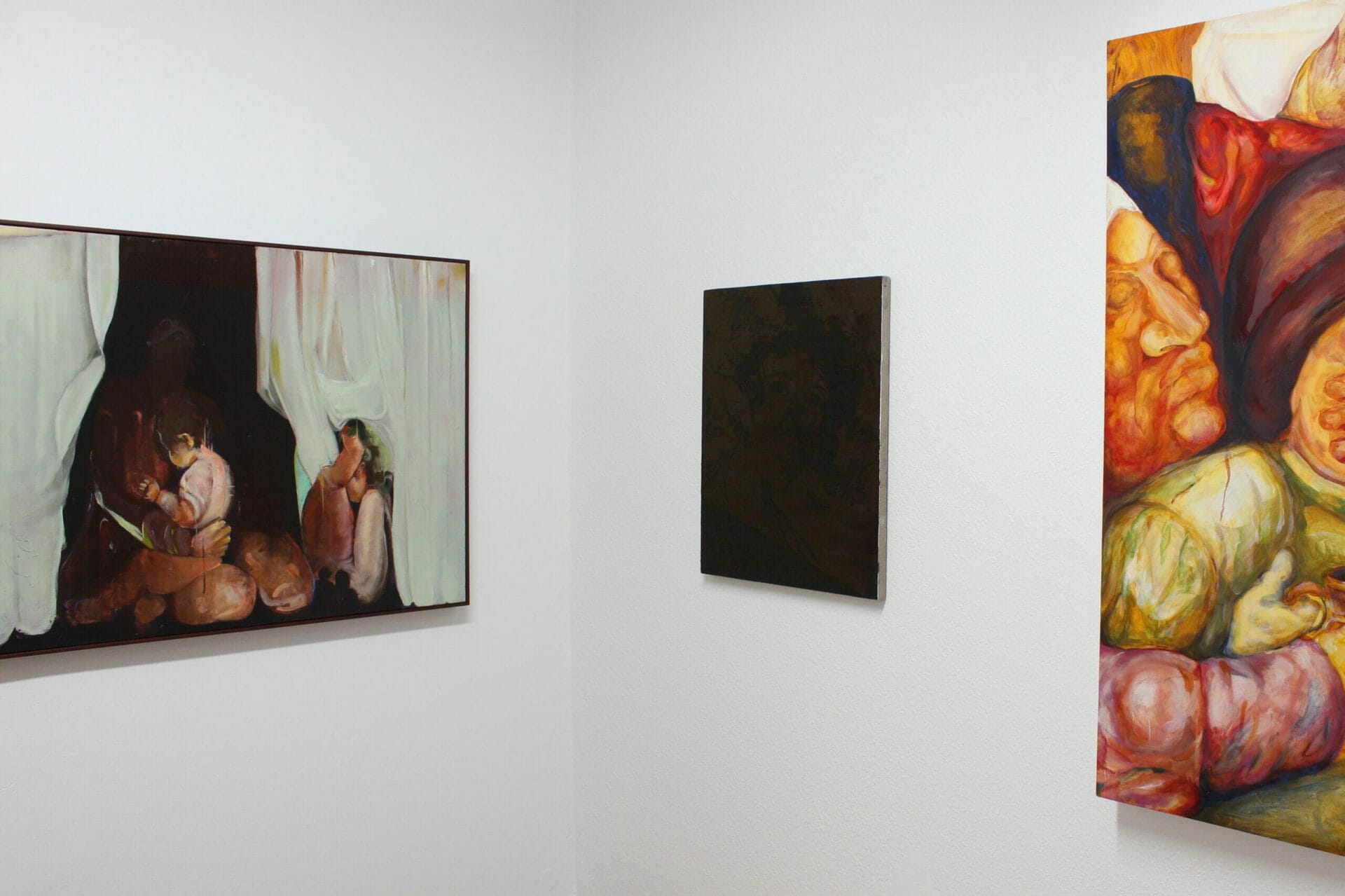 These are some of the varying translations I’ve come across in an attempt to track down the elusive German term. Initially introduced to me in Frances S. Connelly’s The Grotesque in Western Art & Culture: The Image at Play, she uses this word as a vehicle to present her theory on the grotesque. In brief, it is as follows: “the grotesque is best understood by what it does, not what it is. It is an action, not a thing. What [it] does best is to play, or rather, to put things into play. As visual forms, grotesques are images in flux: they can be aberrant, combinatory, and metamorphic...the operations of the grotesque pry open what we shall provisionally describe as a Spielraum, creating “elbow room” or “room to play.” Paraphrased from artist and friend Victorine Müller’s translation: Spielraum is a liminal, free space, as in, of thinking. It means it's not yet fixed; there is still possibility. A mental playground; a space between two limits.

The artworks in this exhibition invite you to inhabit a spielraum. Dancing on the threshold, forms threaten to take new shape behind your back. Tender and grueling, the entropic figures in Jessica Palermo’s Saudade offer an alternative face of motherhood. Upon making contact with Justin Ortiz’ Slab, it’s hard to shake the feeling you’ve just interrupted some strange interaction between two anonymous, “psuedo-genital” forms. And, Kyle Breitenbach’s Mutual Release requires full bodily participation as it rapidly appears and reappears from sight. The artworks presented in this exhibition demonstrate a willingness and encouragement to play. At the core of the grotesque is a wild playfulness somehow reassuring in its varying faces...a half-serious, half-laughing remark of a constant: it all ends eventually! A few months ago, I came across an ice cream parlor sign that read “Life’s short, lick fast!” Somehow that sentiment echoes the Spielraum. 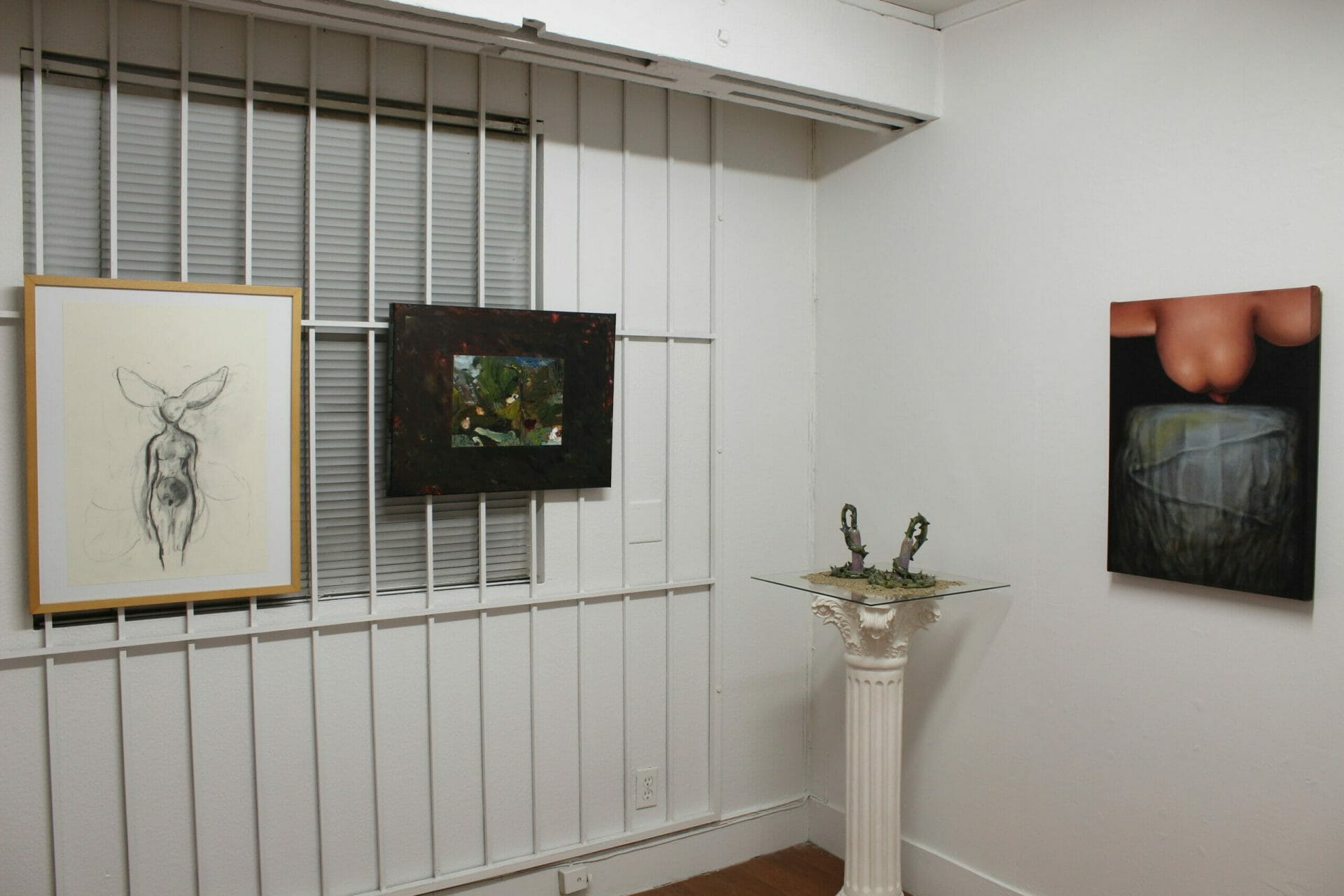 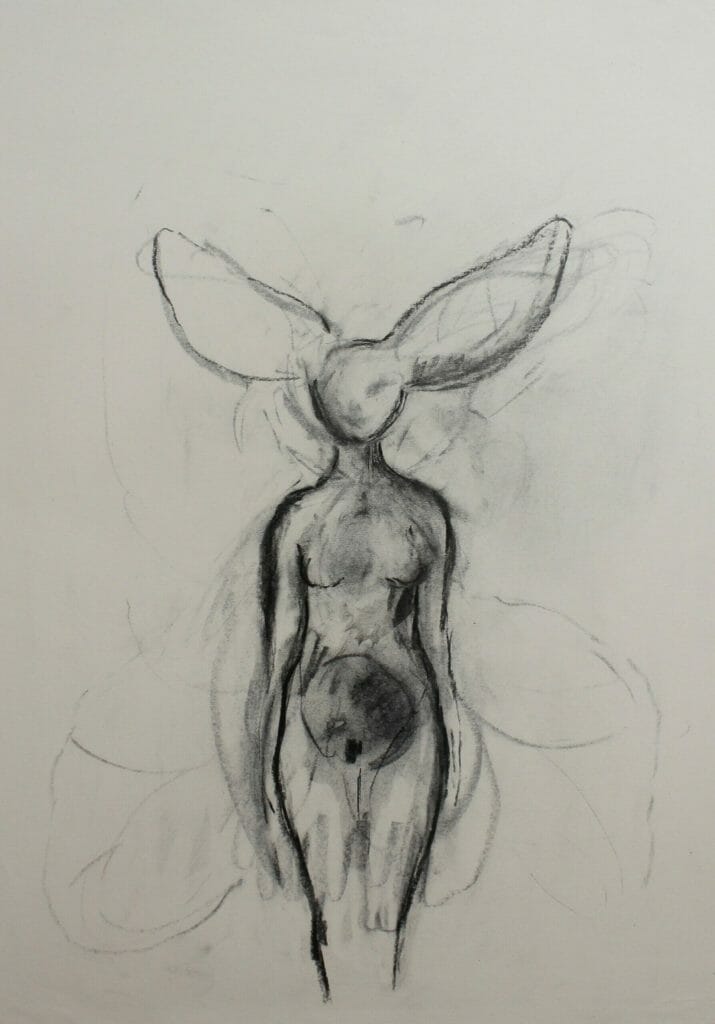 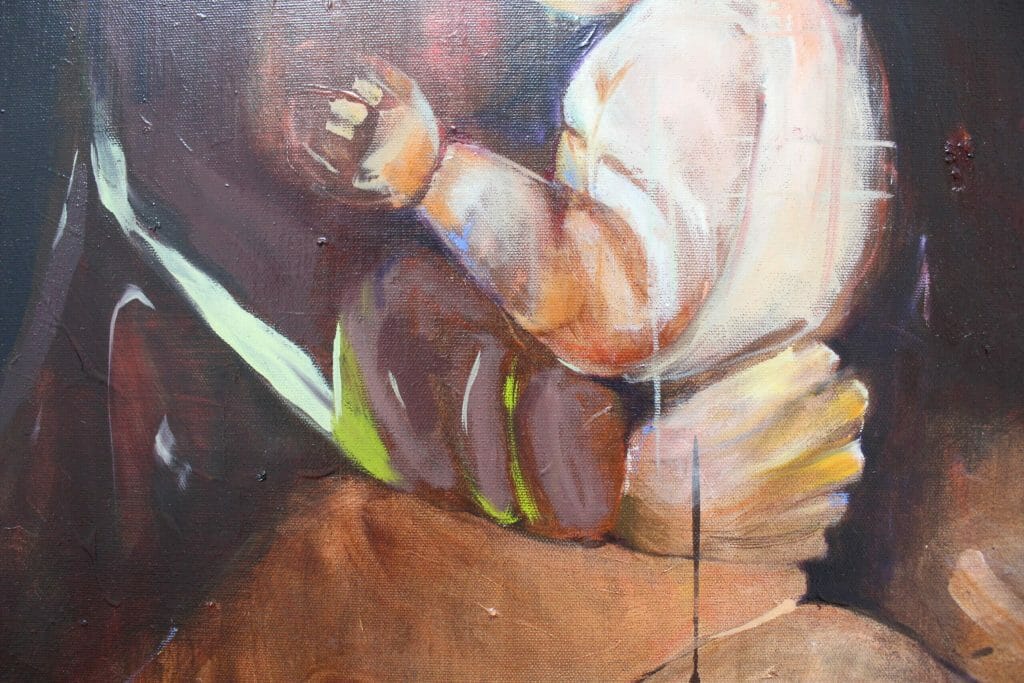 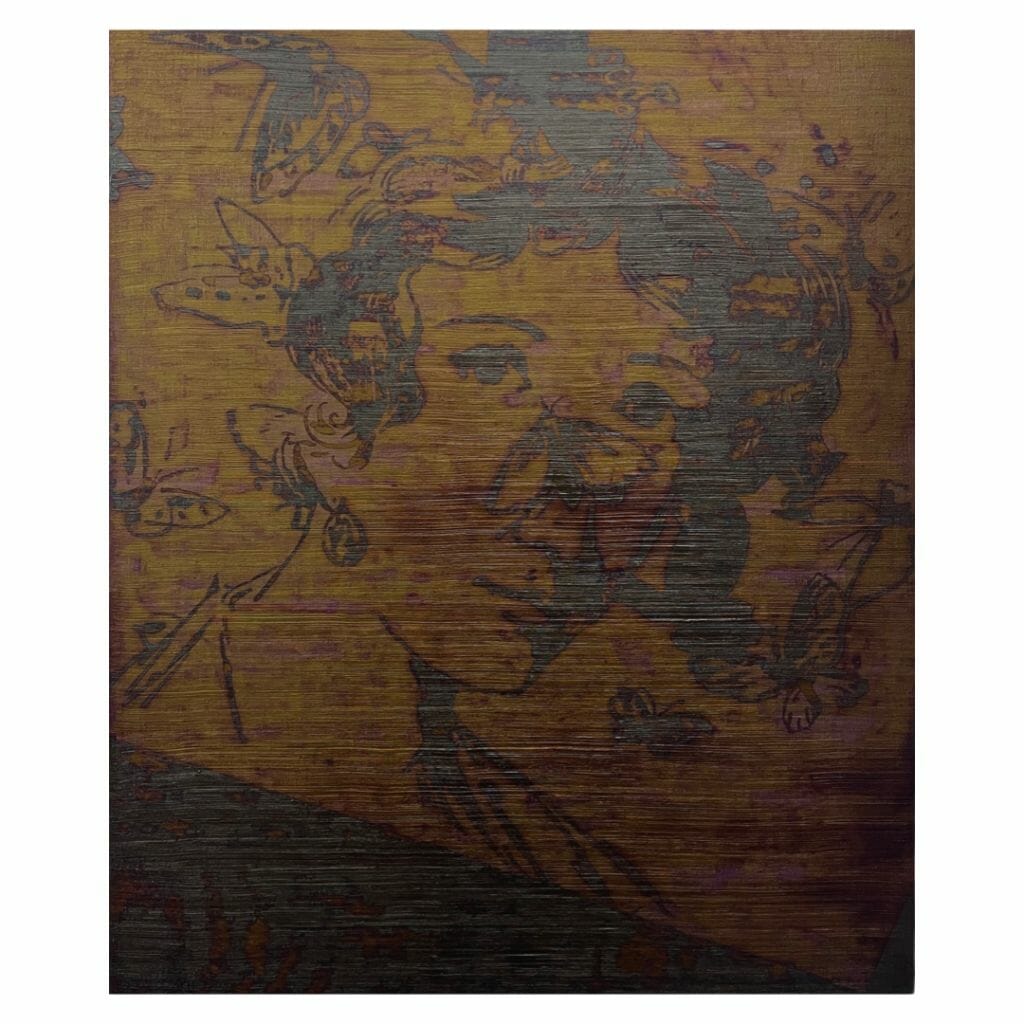 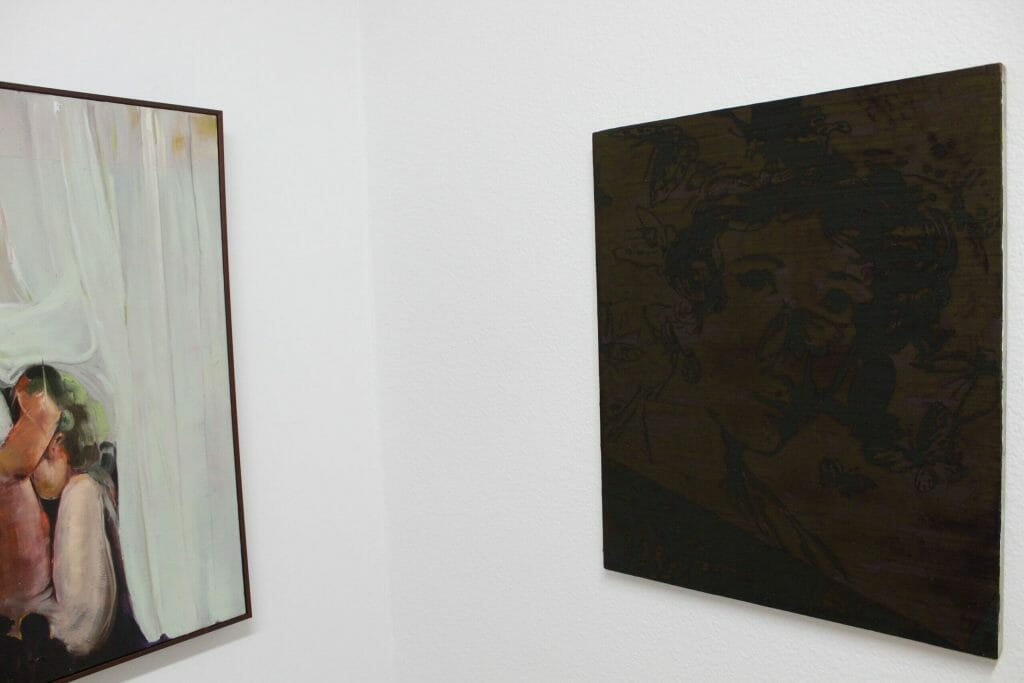 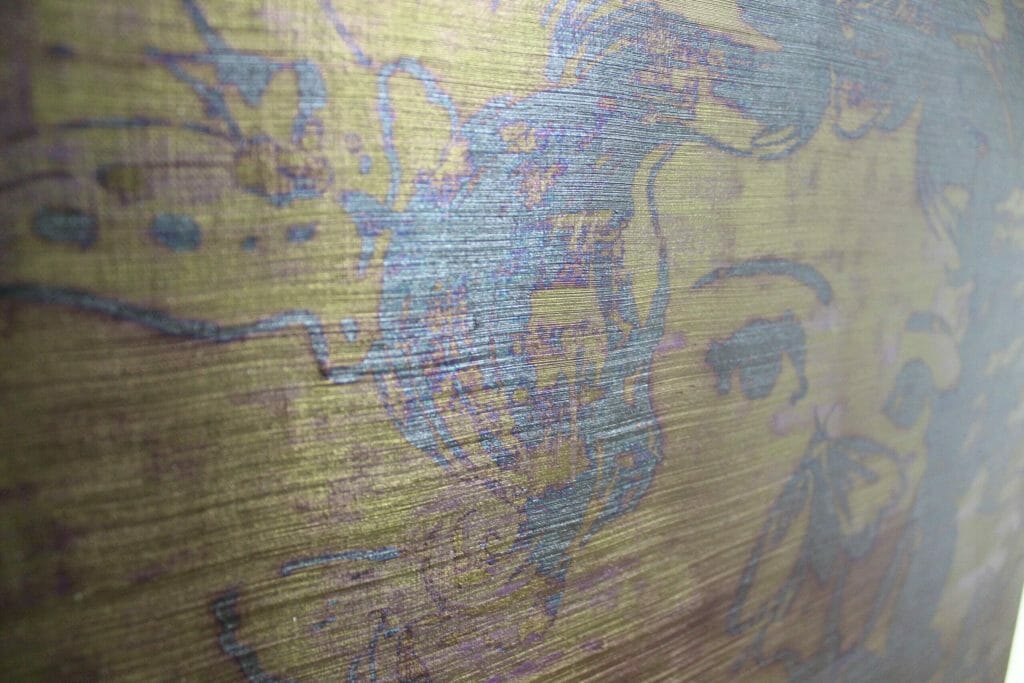 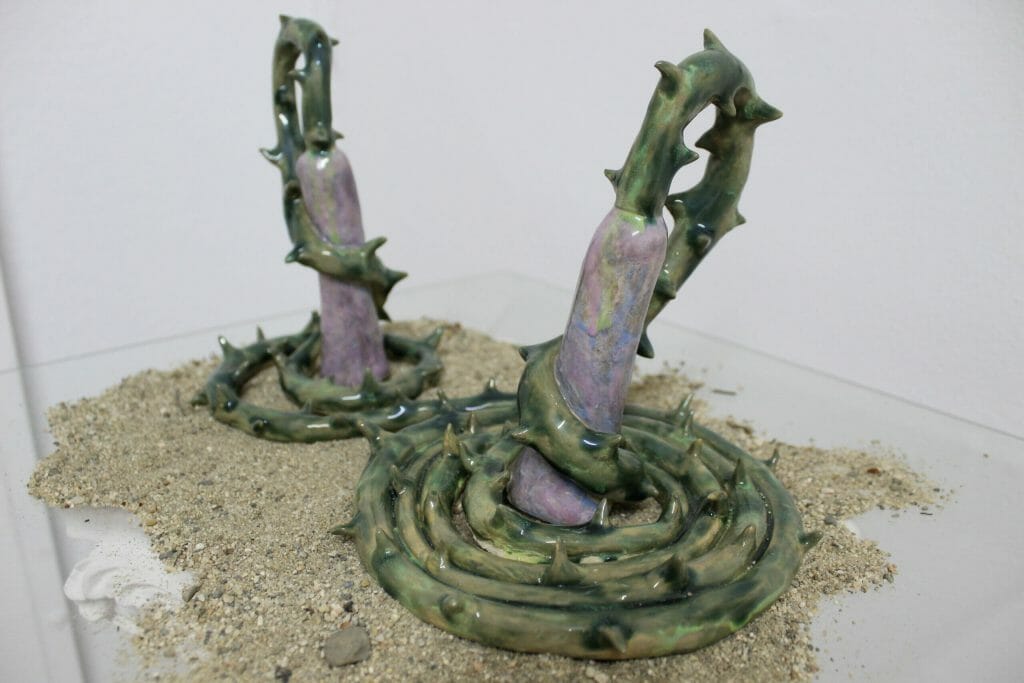 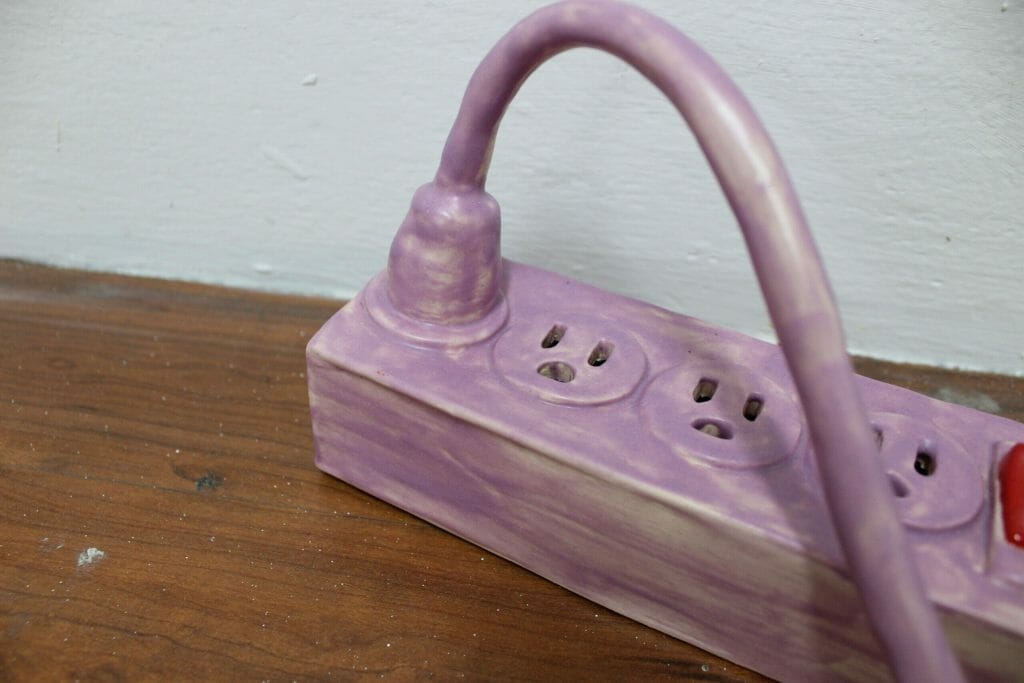 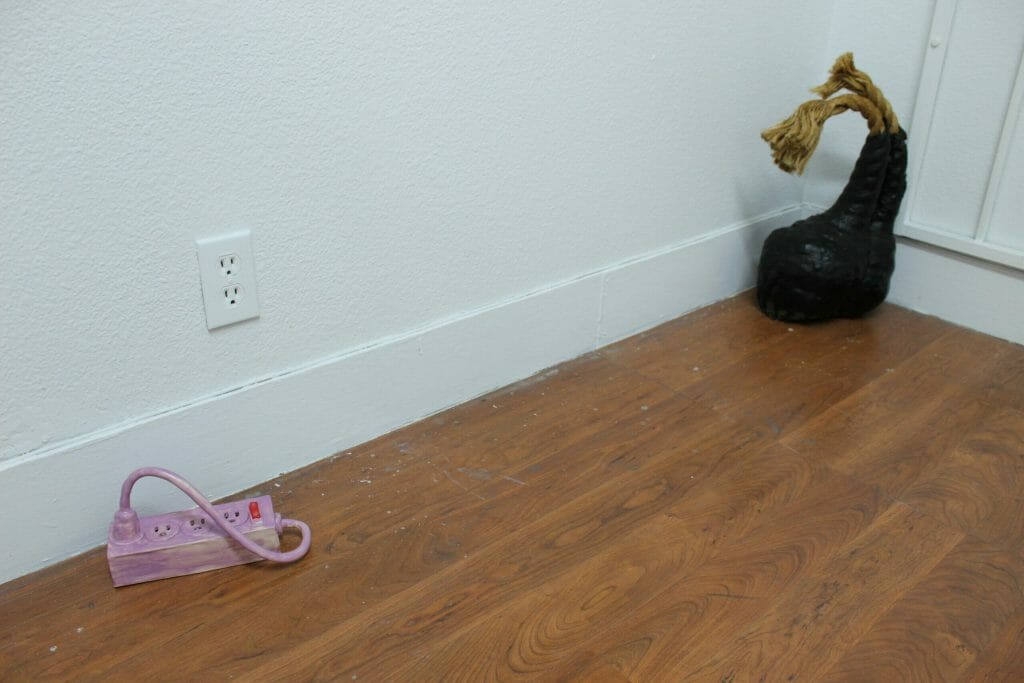 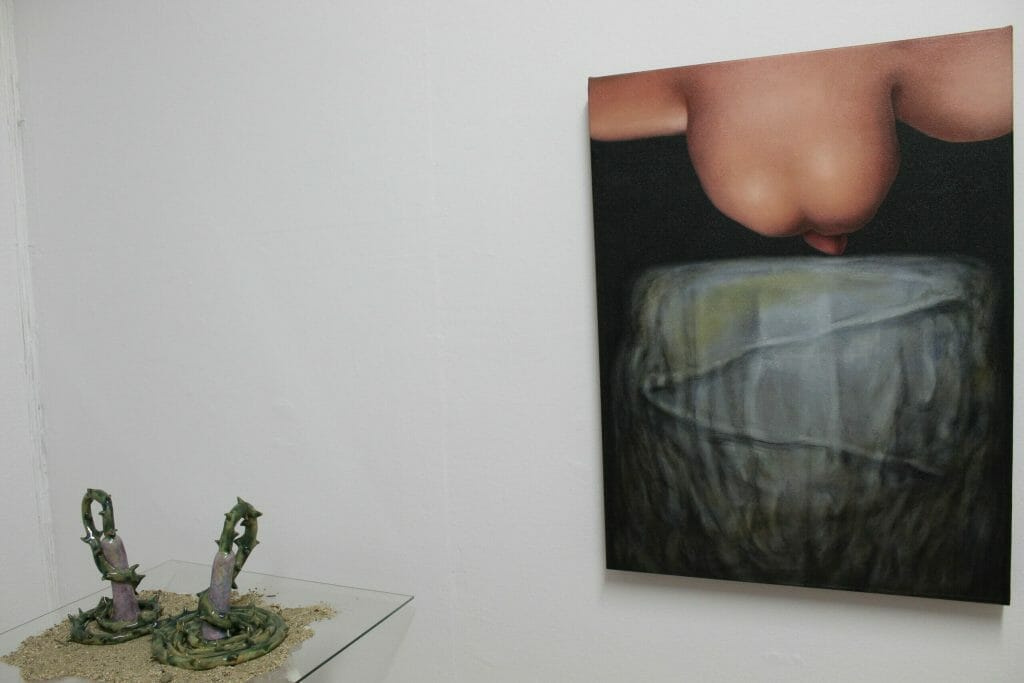 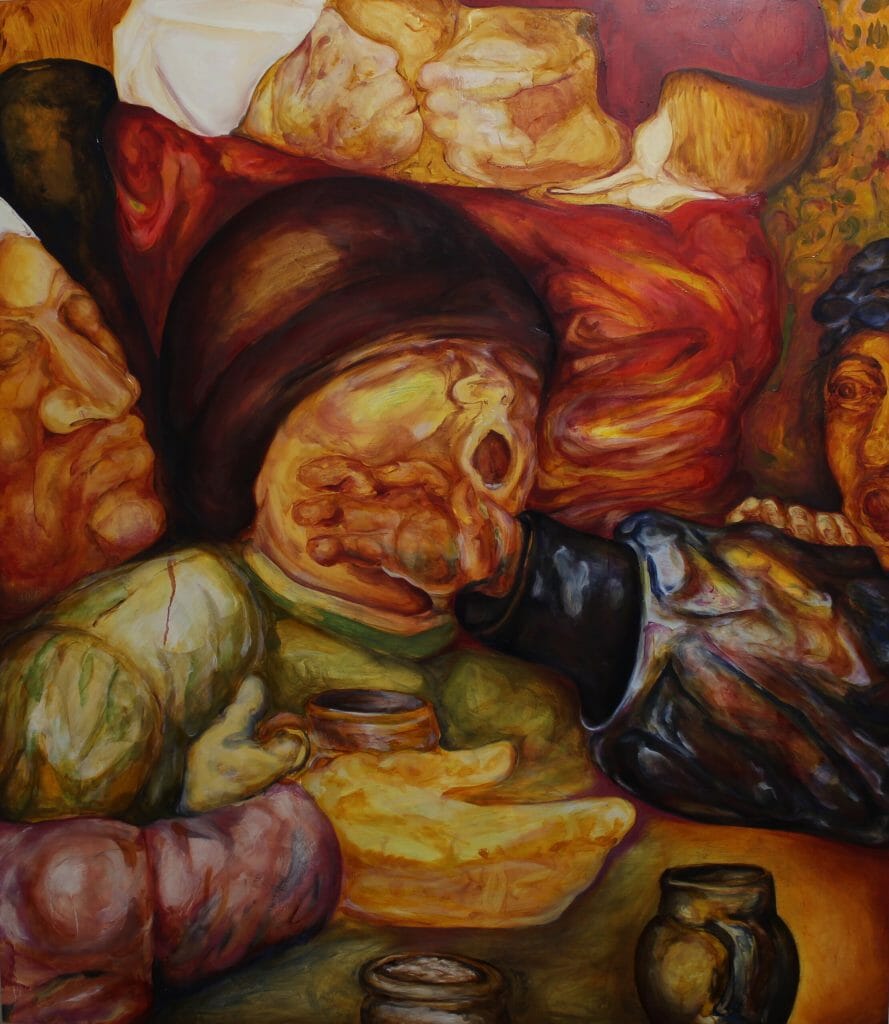 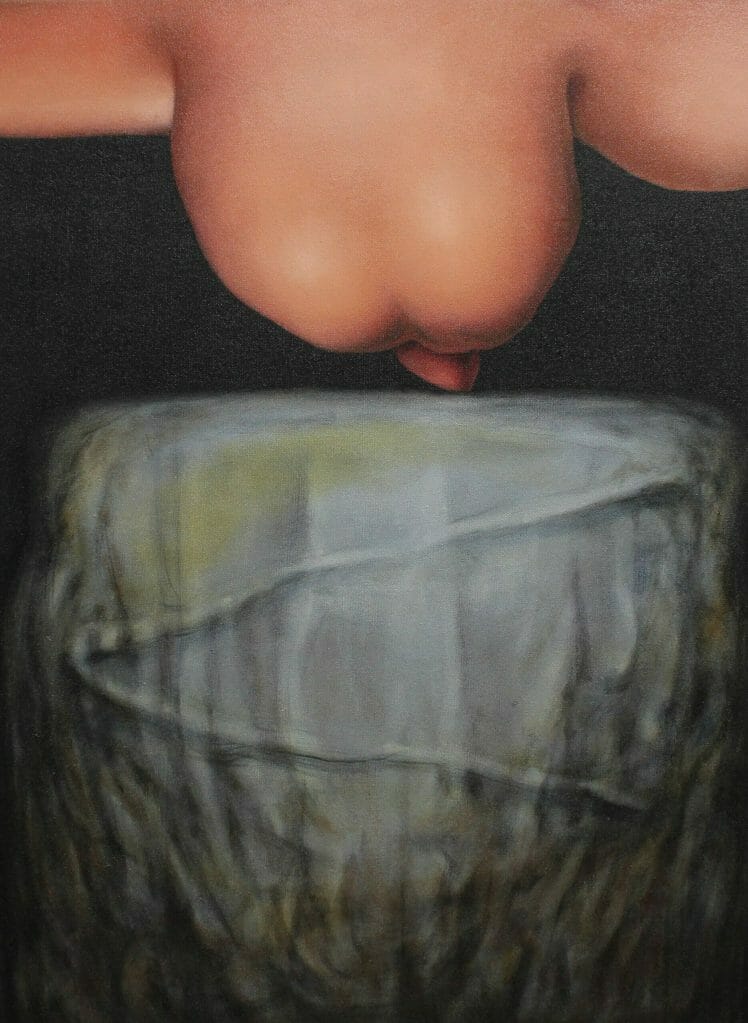 To arrange the purchase of an artwork or make an appointment, please email: hellohpdenham@gmail.com